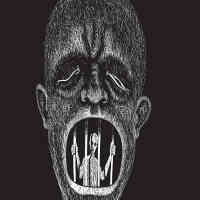 Tolerance stems from Latin tolerare, which means “to endure”, “to bear” or “to put up with”.

Tolerance means respecting other people’s right to act however they want and think whatever they want, even if we don’t approve of those beliefs and those actions.

Tolerance shouldn’t be confused with approval, though, because that’s simply against logic. Somebody who agrees with, approves and even more, praises the contrary views or behaviors of others, doesn’t really perceive those views as contrary at all. He or she should simply consider those as their own. Tolerance can’t apply here. A person should tolerate certain ideas for the very reason they don’t agree with them but respect others, and their own right to have them.

Tolerance shouldn’t be idealized [or absolutized ] either because it is supposed to serve people, not the other way around.

Also it is necessary to distinguish between tolerance for views/ beliefs that are a wholly private matter of individuals and the internal matter of the community, from behaviors that usually have a practical impact on the lives of other people.

As long as tolerating others views/beliefs seems obvious, tolerating all kinds of behaviors isn’t right.

Everybody has the right to think that private property should be abolished and everything should be common, but there are no grounds to tolerate theft. Nobody can forbid someone from hating a particular person, but there are no grounds for tolerating murder. Everybody has the right to use in a private space such language as he deems appropriate, but there is no basis for tolerating rudeness in public space.

This type of tolerance will surely be demanded by thieves, murderers, and oiks.

In brief – tolerance is justified only for such behaviors which bring profits to one, but don’t cause any harm to others. Otherwise, we could assume that a person who’s being stolen from, murdered or offended doesn’t have the right to protect or defend themselves. It’s absurd.

In Poland, there has been a long period of time during which an educational campaign of Polish society has been run under the spirit of tolerance. It’s worth mentioning though, that Polish society is the last society in the world that needs to be lectured about tolerance. In fact, it is rather the Poles who have a historical mandate to teach tolerance to others.

In 1264 Bolesław the Pious, duke of Kalisz, issued the Statute of Kalisz which gave Jews rights and privileges that hadn’t been seen in any other European country before. Freedom of religion, freedom of travel and trade, individual judiciary concerning conflicts between Jews and Christians. In cases of dispute between Christians and Jews, the Christian had no right to act alone, but only with another Jew, and in financial disputes the Jew’s oath was evidence that settled the case in his favor, etc. Thanks to such legislation, confirmed by Casimir III the Great and later by Casimir IV Jagiellon and Sigismund I the Old, in the mid-sixteenth century, 80% of the world’s population of Jews lived in the territory of the Polish-Lithuanian Commonwealth [I Rzeczpospolita]. At that time, the Jews were banished from France (1182), England (1290), Spain (1492), Sicily (1493), Portugal (1496).

Moreover, during the Council of Constance (1414-1418), Paweł Włodkowic, a Polish representative from Brudzen (1370-1435), pleaded in favor of pagans keeping their faith.

In 1573, the Warsaw Confederation provided religious freedom to all noblemen’s dissidents and it was the first formal tolerance act in modern Europe.

More than a hundred years later, even the great philosopher as John Locke (1632-1704) in his  Letter Concerning Toleration (1689) recognized the rights of all, with the exception of atheists and Catholics.

Furthermore, the reborn Poland gave women the right to vote in 1918, when it was only getting back on its feet, while France, the mother of Revolution, idn’t allow women to vote until 1948.

Blurring the concept of tolerance and identifying it with the notion of approval has one goal – to break down the cultural identity of people and societies and gradually subject them to the terror of political correctness in order to rule them.

The theoretical basis of the process inevitably leading to penalization of conservative attitudes (or in other words, to punishing people and sending them to prison for having conservative view/beliefs) were created by none other than the representative of the Frankfurt School, advocate for freedom, Herbert Marcuse. 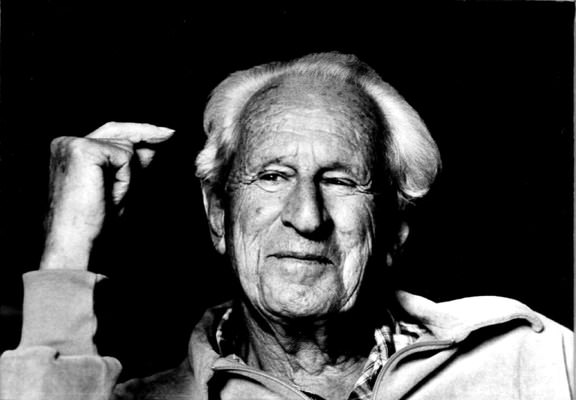 In 1965, a book entitled “A Critique of Pure Tolerance”, containing Herbert Marcuse’s essay titled “Repressive tolerance” Marcuse believes that traditionally understood tolerance belongs to a democratic tradition that has run out and is over. Modern society has been built upon a sophisticated form of domination, which majority of people submits to. This majority is tyrannizing a minority. (that’s where term 'tyranny of majority’ came from). What is needed is a new form of tolerance that only the Left, takeover and revolutionary violence is entitled to. Tolerance is not for right-wing, existing institutions, and socialism’s opponents.

The philosophical justification for this thesis is the new definition of truth, which tolerance is to serve.

His so-called “objective truth” is defined in the course of the discussion of nations represented by individuals and political parties of a future (not existing, but the future) democratic society. Because tolerance is supposed to serve the truth, it’s therefore out of the question for “regressive” movements.

According to the main representative of neo-Marxism, the spiritual leader of the 1960s revolt, Herbert Marcuse:

1. Tolerance serves the truth;
2. The only objective truth is what a person can do in order to improve humankind’s fate; pay attention to new, philosophical definition of the truth.
3. The democratic principle of the majority is in fact the tyranny of the majority over the discriminated minority,
4. Tolerance that’s equal and the same for the Left (Peace and Humanity) and the Right (Aggression and Hate) is not a tolerance; pay attention to new, philosophical definitions such as the Left (Lenin, Trocki, Hitler, Stalin) is Peace and Humanity, while the Right (Reagan, Thatcher, Pope John Paul II)  is Aggression and Hate;
5. Traditional tolerance means tolerance for views only (so freedom of speech and demonstration), but does not mean tolerance for system’s changes and is only a safety valve. The more freedom, the bigger intolerance and worse oppression towards minorities;
6. Left wants to change the system, it is the Party of Peace and Humanity and since tolerance is meant to serve the truth, it should serve Left;
7. Right wants to maintain the system, it is the Party of Aggression and Hatred, so the Right can not be tolerated.

The last part of the essay is focused on justifying violence, which, obviously, is evil and immoral, but history is not guided by morality.

That’s the quintessence of totalitarianism.

For those who find it interesting, I strongly recommend reading the full essay.

It’s really worth reading to see that it’s not a dream and these theses were actually enunciated.

If you notice someone, in media, school or during private conversations, trying to lecture you about the need of tolerance, ask them what kind of tolerance do they have in mind – is it the old-fashioned one, that Europe could be learning from Poles about or is it the new, leftist tolerance of Frankfurt School, that can do a lot, except for tolerating the Right.

Look also: What is Marxism by Krzysztof Karoń
The difference between conceptual and stereotypical thinking by Andrzej Wronka